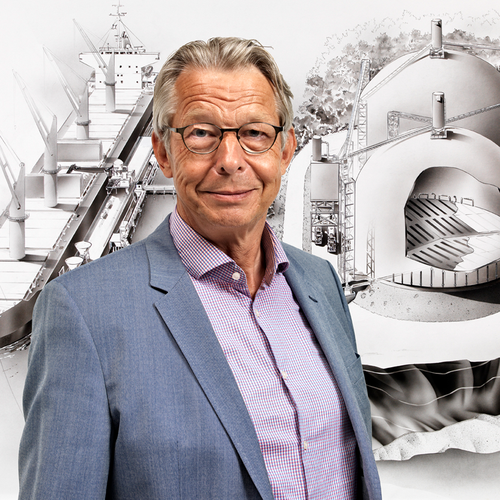 Search by Topic covered by Ad

Presentations covered by this speaker

Ad Ligthart is partner in “Cement Distribution Consultants” (A&M Consultancy BV) a small independent and highly specialised company which provides consultancy services on Markets, Trade, Transportation, and Terminals of cement, clinker and cementitious materials. He is co- author of “The Handbook on Global Cement Trade and Distribution” which is the most comprehensive publication in its field. Cement Distribution Consultants has an unequalled global database on cement trade including close to 1400 facilities involved in waterborne cement, clinker trade and distribution. He has been involved in the cement industry since 1982, working for 17 years for major equipment suppliers and engineering companies and after that as a consultant. He has had a strong involvement in developing shipunloaders, self-discharging ships and other specific handling and storage equipment, evolving from there to complete port terminal and grinding plant designs and corresponding logistics and economics. He has been stationed in the Netherlands, Hong Kong, the USA (PA and TX), Panama and the Middle East (Qatar). In 1999 he founded Cement Distribution Consultants. This company combines an in-depth knowledge of the global cement industry with the capability to conceive and realise special trade and distribution projects. The company has been involved in many port, terminal and transportation projects worldwide as well as market studies, company valuations, management training, etc. The company also has provided project and interim management to realise and operate new manufacturing, import, export and distribution operations. Cement Distribution Consultants has worked regularly together with INTERCEM jointly organising specialist conferences and workshops on cement markets, trade, transportation, terminals, clinker replacement, etc. The most notable achievements in this respect where the INTERCEM China conferences in 2003 (Beijing) and 2004 (Shanghai). These were the first international cement conferences held in China and brought together the top management of both the global and Chinese cement industry. The 2003 conference, co-chaired by Mr. Ligthart, was opened by the vice premier of China. Apart from this, he has been a speaker on major cement conferences and investor meetings for over 60 times. He is currently consultant to the three largest single user cement terminals in the world. These terminals are able to handle multiple cement types as well as cementitious materials. In addition, he is involved in several other terminal projects as well as reports on global and regional cement trade and distribution and feasibility studies on new cement import operations.

Your logo could go here!

If you'd like to get your brand in front of attendees following the categories this speaker is talking about (on this page, via email and during each talk) contact us.
We use cookies This website (and some of its third-party tools) use cookies. These are important as they allow us to deliver an exceptional experience whilst browsing the site. Learn more about our cookie policy. By closing this banner, scrolling, clicking a link or continuing to browse, you agree to the use of cookies. Accept
I need help
No I need help
No I need help